"Learn from Experience, Lead by Example"

Tallahassee Democrat: Remembering a kindness from the president-elect 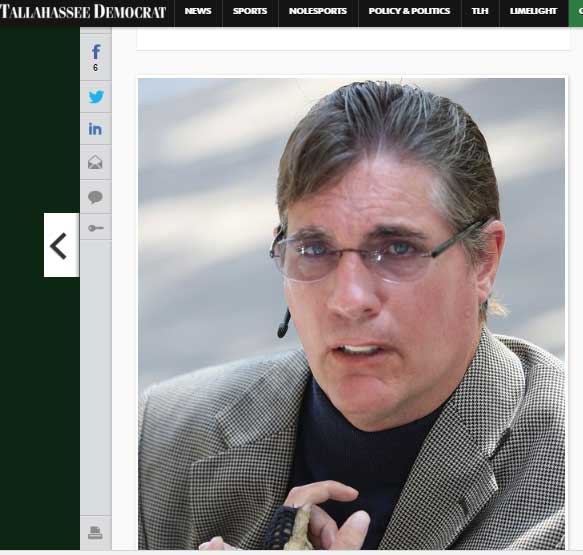 Like most people in Tallahassee, I’m so glad that the election season is over. We have one more significant event – the peaceful transition of power, the upcoming Presidential Inauguration on Jan. 20. This unique American tradition is something about which we can still hold our heads high as leaders in the world.

As a person with a significant disability, I have had the privilege and the horror of experiencing the best and the worst of fellow citizens. Some say that a true measure of a person’s character is revealed by how he or she acts when no one is looking. I was able to experience that firsthand with the man about to be sworn in as our new president.

Ironically, this particular event occurred on another Inauguration Day, Jan. 20, 1989, when President George H.W. Bush was being sworn in to office.

I was a senior in college and some buddies of mine thought it would be great to go to the biggest party in the country. So we pooled our limited resources, drove from Ohio to D.C., and shared a hotel room way outside of town where we could find affordable housing.

When we showed up to watch the ceremonies on the freezing morning of the 20th, we were told by the Secret Service that we could not go in.

“What do you mean we can’t go in? We’ve come all this way and we have tickets!”

The Secret Service authoritatively said, “You do have tickets, but not for this event.”

We were crushed. But when the Secret Service says no, there isn’t any room for argument.

We were slowly walking away when we heard a voice say, “Excuse me.” We turned to see Donald Trump.

He reached into his pocket, pulled out some first class tickets and said, “Why don’t you go back, enjoy the ceremony and be a part of history?”

We eagerly and thankfully accepted. When we were seated, we found ourselves among veterans with disabilities. Trump had flown them in that morning and given them tickets.

He did this with no fanfare and no cameras in sight. It was one of those moments when somebody goes the extra mile to help when there is nobody around.

I do not know if he will be a good president or a bad president, but he did right by me and many other veterans with disabilities at that point in time.

Those tickets are still framed on the wall in my home office today. While I’m not attending the Inauguration Ceremony this year, I will be thinking positively of the thousands of Americans who will be, and will always be grateful for President-elect Trump’s compassion that early morning 28 years ago when no one was looking.

JR Harding lives in Tallahassee and is a longtime author, speaker and advocate for people with disabilities.

Accessible State Parks, Rish Park, in Northwest Florida
September 21, 2022
Email to self: Inspiring people are all around us by Blake Dowling
August 24, 2022